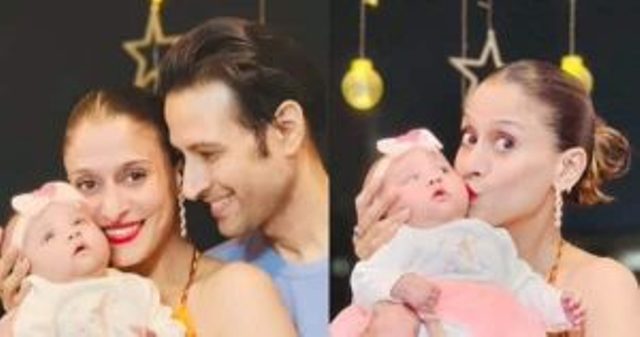 Mumbai: TV star Apurva Agnihotri and his wife Shilpa Agnihotri have become parents to their first child, the actor announced on Saturday.

Apurva, who turned 50 on Friday, shared the news in a post on Instagram and said they have named their daughter Ishaani Kanu Agnihotri.

“With utmost gratitude and immense happiness Shilpa and I wish to introduce our darling daughter Ishaani Kanu Agnihotri. Please shower her with all your love and blessings,” the actor posted.

Apurva is best known for his role of Armaan Suri in hit television series “Jassi Jaissi Koi Nahin”. He also featured in movies such as “Pardes”, “Kasoor” and “Lakeer”.

He tied the knot with Shilpa, who starred in shows such as “Kyunki Saas Bhi Kabhi Bahu Thi”, “Lavanya” and “Kkusum”, in 2004.