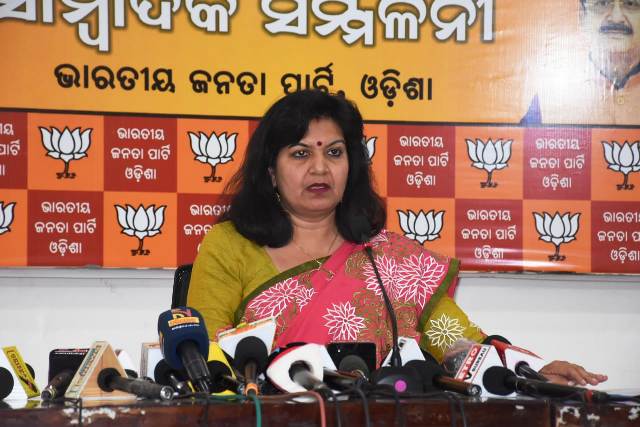 At a press conference here she thanked those who had pinned posters on her. She said she got the message on Whatsapp on the matter.

The Bhubaneswar MP said she could not comment on the issue as she was in Delhi to attend the Parliament session. “I shall be attending the second phase Parliament session at Delhi from March 8 to April 8. I request them to pin Missing Poster again while I shall be away at Delhi”, Sarangi said.

She said she had discussed with the officials of the state government on By Law and added that it is the responsibility of  Odisha government to resolve the issue. She said she is not saying this as a worker but as a BJP MP.

Worthwhile to mention that Sarangi’s silence on the withdrawal of IMA By-Law on Sri Lingaraj, Anata Basudev and Brahmeswar temples had prompted some others to paste Missing Poster on the MP.