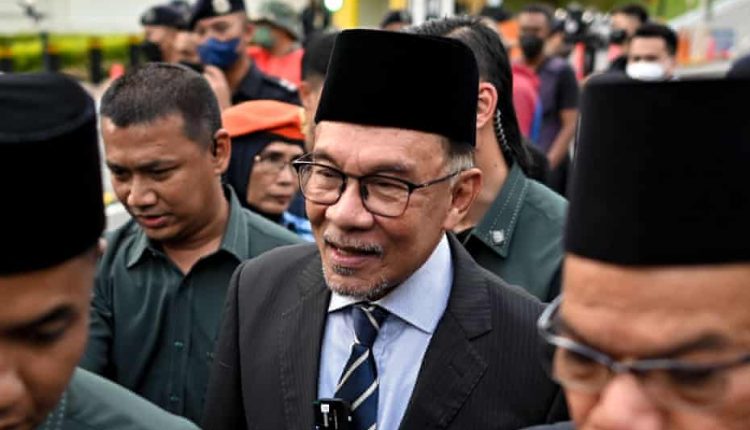 Malaysia: Malaysian opposition leader Anwar Ibrahim has been appointed prime minister and will be sworn in by the king at 5 pm local time, the country’s palace said on Thursday.

A general election on Saturday ended in an unprecedented hung parliament with neither of the two main alliances, one led by Anwar and the other ex-premier Muhyiddin Yassin, immediately able to secure enough seats in parliament to form a government.

Anwar’s appointment caps a three-decade long journey from heir apparent to a prisoner convicted of sodomy, to longtime opposition leader.

It is not immediately clear which party he will enter into a coalition with.

It took five days of intense negotiations to reach an agreement on a new government, during which time various combinations of parties and forms of alliances were discussed, and then rejected.

Many of the political leaders have personal and ideological differences which made it hard to find a workable majority.

But the 75-year-old’s appointment marks the fulfilment of a decades-long quest to become the country’s leader.

He first served as the country’s deputy prime minister in the 1990s, and was widely expected to replace then-prime minister Mahathir Mohammad.

King Sultan Abdullah Sultan Ahmad Shah on Thursday met with royal families from nine states to consult them on the deadlock. Malaysia’s hereditary state rulers, who take turns as the country’s king every five years under a unique rotation system, are highly regarded by the country’s Malay majority as the guardians of Islam and Malay tradition.

Anwar’s reformist alliance won 2018 elections that led to the first regime change since Malaysia’s independence from Britain in 1957. But the government collapsed after Muhyiddin defected and joined hands with Umno to form a new government. Muhyiddin’s government was beset by internal rivalries and he resigned after 17 months. Umno leader Ismail Sabri Yaakob was then picked by the king as the prime minister.

Kanye West Walks Of A Live Podcast! Know Why

Breaking
Criminal Justice System Itself Be A Punishment: SC China Launches Spacecraft With 3-Men Crew 10 Suspected Terrorists Killed In Encounter In Balochistan Stage Set For ‘Make In Odisha Conclave’ From Today FIFA WC 2022: Senegal advances to knockout round with 2-1 win over Ecuador FIFA World Cup 2022: Netherlands beats Qatar 2-0 to finish atop Group A Odisha W&CD Dept inks MoU with American Indian Foundation to implement Integrated Programme for Chil... Maternal Mortality Ratio Dips To 97 In 2018-20 From 130 In 2014-16 SEBI Introduces Credit Risk Based Investment Limit For Actively Managed Mfs In Debt Instrument BCCI Serves Conflict Of Interest Notice To Its President
Sign in
Sign in