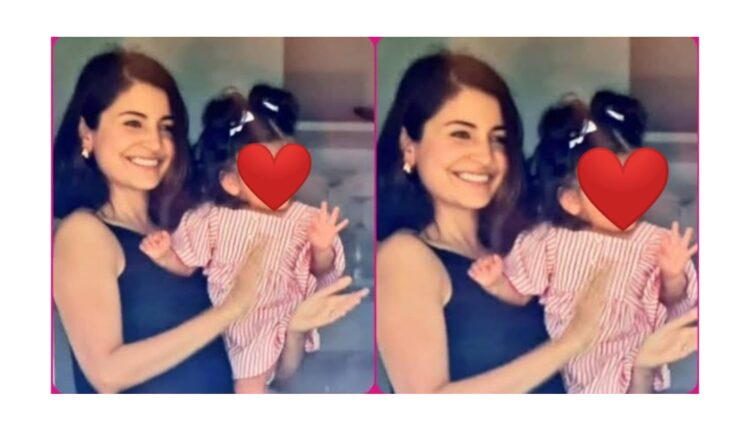 New Delhi: Photos of Anushka Sharma with baby Vamika have gone viral and the Internet can’t decide whether or not it approves.

Anushka and Virat Kohli are fiercely private when it comes to pictures of their daughter but appear to have let their guard down in South Africa where Team India is playing a tournament. Anushka Sharma was spotted watching the match with Vamika in her arms.

The pictures have divided the Internet. A response in the comments thread reads: “Please respect their privacy and delete this.” Another asked why Anushka had lifted Vamika up to the cameras if she didn’t want her daughter’s face shown.

Some other accounts have also shared the pictures, with a similar division of opinion in the comments. There has been some criticism of the broadcaster for showing Anushka and Vamika during the coverage though many have questioned why the actress hadn’t been more careful with cameras around.

Vamika turned one earlier this month. Anushka Sharma and Virat Kohli married in 2017 and welcomed their daughter in January 2021.