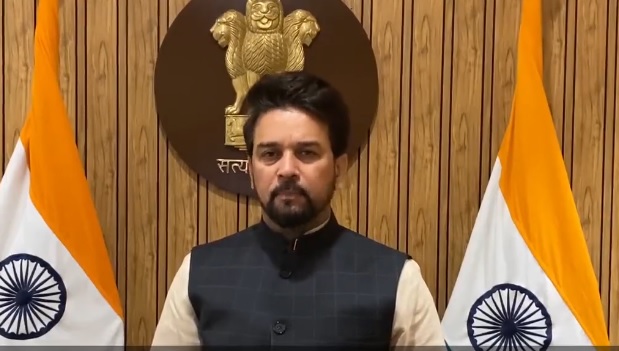 In a video message, Anurag Thakur said that in his Independence Day address Prime Minister talked about Paanch Prana (five resolutions). One of them was goal of developed India, in which cleanliness plays a very important role. Therefore, Swachh Bharat 2.0 is our priority.

Thakur further informed that as per the vision of Prime Minister, Clean India 2.0 programme is being organised in 6 Lakh villages of 744 districts across the country through the network of Nehru Yuva Kendra Sangathan (NYKS) affiliated Youth Clubs & National Service Scheme Affiliated Institutions.

Thakur informed that “Clean India 2.0” will be launched from Prayagraj on October 1, 2022 with an aim to raise awareness, mobilize people and ensure their participation in making India clean. In this initiative, people from different regions, languages ​​and backgrounds will work together and the waste will be disposed of by these people on a completely voluntary basis.

Thakur further added that Clean India 2.0 is not just a program but an attempt to make people realize the importance of cleanliness. This will also contribute to the Happiness Index of the country. The Department of Youth Affairs is trying to make this campaign the biggest cleanliness campaign run by the people in the country.

Union Minister further informed that the last year target of disposal of 75 lakh kg plastic waste was not only been achieved but also exceeded. After the success of last year’s clean India campaign, this year, the Department of Youth Affairs has set a target of collecting and disposing of 1 crore kg plastic waste. Shri Thakur has appealed to one and all to participate in the Clean India 2.0 and let’s inspire each other as responsible citizens.

The objectives of the Clean India programme are to organize cleaning of public spaces and households across all the districts of the country from 01st October to 31st October 2022, involve all segments of society, Government organizations including PRIs and Non- Government Organizations, to instill awareness and feeling of pride among citizens to keep their surroundings clean and waste free. Along with this campaign will give mantra of “Swachch Kaal: Amrit Kaal” and make this program a People’s Movement through Jan Bhagidari.