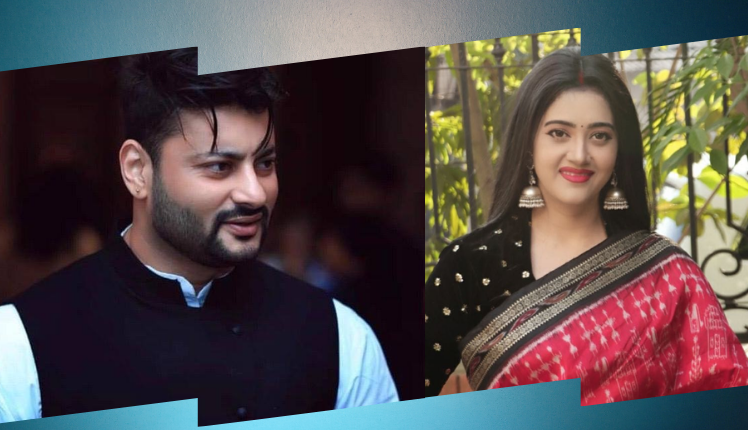 Cuttack: Ollywood star couple’s marital discord has become the most discussed topic among the netizens as their dispute is taking new turns every day.

While the actor turned politician, Anubhav Mohanty is resorting to social media posts blaming his wife Varsha, the latter accusing her husband of assassinating her character by lodging FIRs against him.

The actress, Varsha on Wednesday filed an FIR with the cyber police station in Cuttack, alleging that some persons are trying to tarnish her image on social media.

In response to her FIR, Anubhav, in his FB post, accused the actress of owning the fan pages and posting whatever she wishes and also accused her of praising herself, abusing, insulting and harassing whoever she wants to. 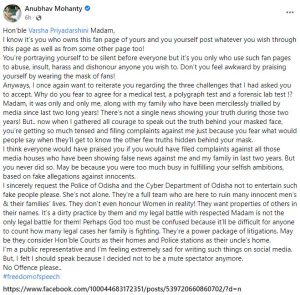 “I sincerely request the Police of Odisha and the Cyber Department of Odisha not to entertain such fake people please. She’s not alone. They’re a full team who are here to ruin many innocent men’s & their families’ lives. They don’t even honour Women in reality! They want properties of others in their names. It’s a dirty practice by them and my legal battle with respected Madam is not the only legal battle for them! Perhaps God too must be confused because it’ll be difficult for anyone to count how many legal cases her family is fighting. They’re a power package of litigations. May be they consider Hon’ble Courts as their homes and Police stations as their uncle’s home,” the actor’s post read.

On the basis of actress Varsha’s complaint, the cyber police station has registered a case under Section 509 of the IPC and Section 67 of the Information Technology Act.]

The police have recovered and seized the screenshot of the social media post where the actress is targeted and registered a case against an unknown person.

Industrial Estates to be set up along the Economic Corridor: WODC Chairman Asit Tripathy