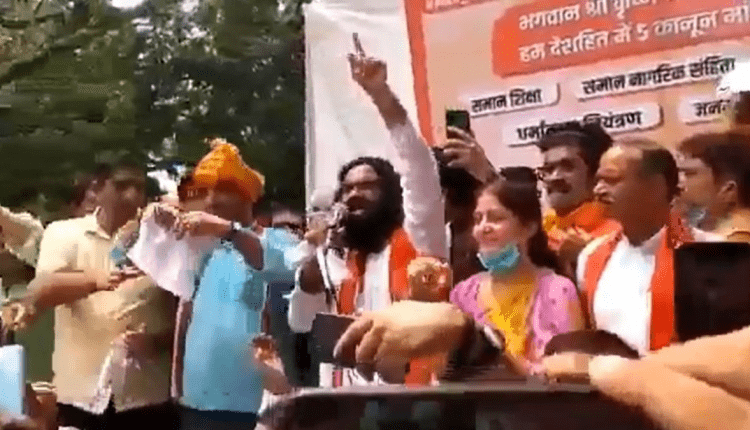 New Delhi: The Delhi Police on Monday said they have registered a first information report (FIR) in connection with a video circulating on social media in which some people are seen raising anti-Muslim and inflammatory slogans near Jantar Mantar in central Delhi.

Supreme Court lawyer and former Delhi BJP spokesperson Ashwani Upadhyay and four others have been taken into police custody and are likely to be questioned over the anti-Muslim slogans.

The FIR has been registered against unknown persons under Indian Penal Code’s (IPC) sections 153A (promoting enmity between different groups on grounds of religion, race, place of birth, residence, language, etc., and doing acts prejudicial to maintenance of harmony) and 188 (disobedience to order duly promulgated by public servant) at the Connaught Place police station.

The videos of a group shouting violent anti-Muslim slogans at Jantar Mantar — the landmark 18th Century observatory at the heart of the city which is now a protest site — surfaced on Monday. But despite their being widely circulated no social media, no arrest was made till late Monday evening.

No policemen were present at the site. The police claim they had denied permission for the protest in view of Covid but a crowd had turned up.