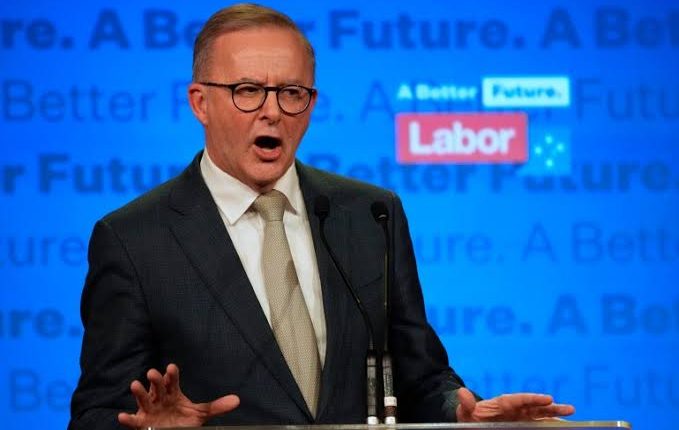 Albanese, who says Australia is willing to engage with the world on climate change, will join a summit Tuesday with the US, Japanese and Indian leaders, known as the Quad.

The 59-year-old new prime minister was sworn in at a brief ceremony lasting in Government House, Canberra.

He was sworn in with four key cabinet members, including new Foreign Minister Penny Wong, who will travel with him to Japan.

It is Australia’s first Labor government in almost a decade. The party has won 72 lower house seats but counting continues to determine whether they can get the 76 needed to form a majority.

Both major parties suffered a hit to their primary vote, with almost a third of people putting minor players – including the Greens and independents – as their first preference.