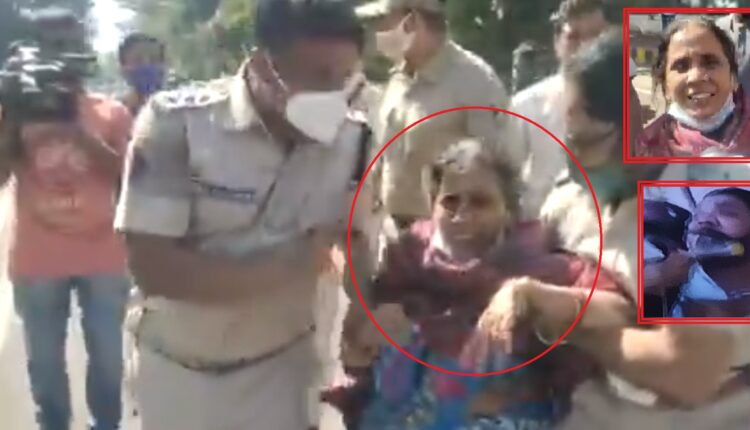 Another Self-Immolation Bid Outside Odisha Assembly

Bhubaneswar: In another bid to make the voices heard, a mother-son duo of Kujang area attempted to commit suicide outside the high-security zone of Odisha Assembly in Bhubaneswar.

The duo has been identified as Sulochana Das and her son Subrat Das, family members of deceased Amruta Das, who was presumed to have been killed in a road accident in Jagatsinghpur district last year.

The duo appeared before the heavily guarded zone outside the Assembly and started pouring kerosene on their bodies.

Security personnel deployed outside the Odisha Assembly today successfully aborted a self-immolation bid by the couple.

According to available reports, the bereaved family members demanded justice for Subrat’s death and also asked for security for themselves.

The body of Amruta Das of Kujang was found lying on Cuttack-Paradip State Highway at Balipatna near Tirtol on July 20, 2019.

Amruta’s family had earlier assumed that it was a road accident. But later, his mother, Sulochana Das, alleged that he was murdered over a past enmity and his body was dumped on the highway.

She had also claimed that Amruta was also attacked in the past but had escaped unhurt.

Reportedly, Police had also started a murder probe into the case.