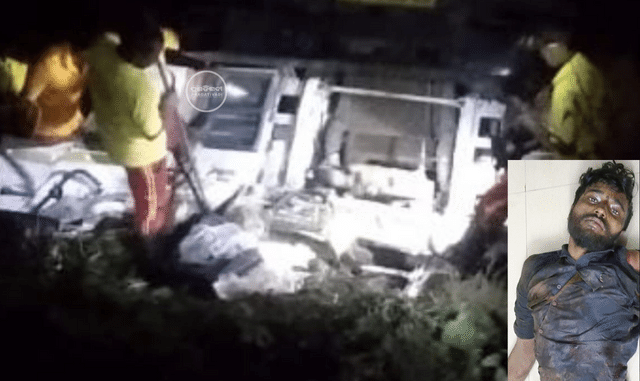 Bangiriposi: The driver of a trailer truck was critically injured after the hevy vehicle rolled down for 100 feet at Duarsuni Ghat in Bangriposi of Mayurbhanj district on Saturday night.

Reportedly, the fire service personnel rescued the driver trapped under the mangled vehicle and sent him to Baripada hospital for treatment.

However, another person said to be inside the trailer is still missing and the rescue personnel are trying to trace him, sources said.

After a delegation along with the MLA conducted an inspection of the vulnerable ghat road Today, two accidents occurred at Duarsuni Ghat.

First a truck hit a scooter and got stuck at the ghat road. Fortunately, there was no casualty in the accident.

In the late hours, a trailer truck rolled down for 100 feet in the vulnerable Bangriposi ghat road. After a long time, the police removed the vehicle jam from the ghat road.