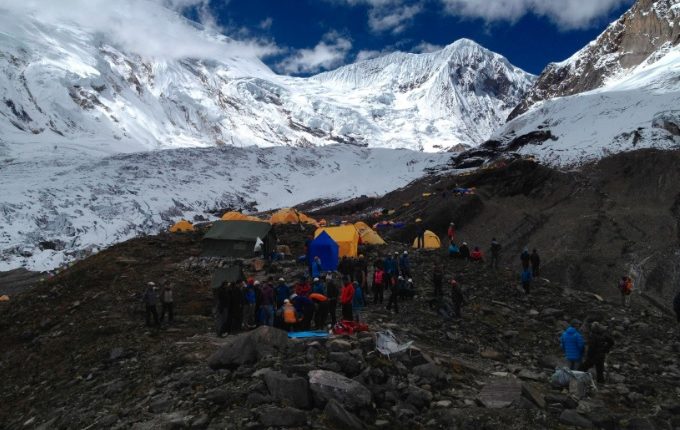 Kathmandu: Another huge avalanche has hit the Manaslu Base Camp. No casualties have been reported so far.

Earlier, a week ago, the 8,163-metre-high mountain was hit by an avalanche sweeping through camp 3 and camp 4. It had killed two mountaineers.

Hundreds of climbers and their local guides were attempting to reach the summit during Nepal’s autumn climbing season. Nelson, from Telluride, Colorado, and Morrison, from Tahoe, California, are extreme skiers who reached the summit of Mount Lhotse, the world’s fourth-highest mountain, in 2018.