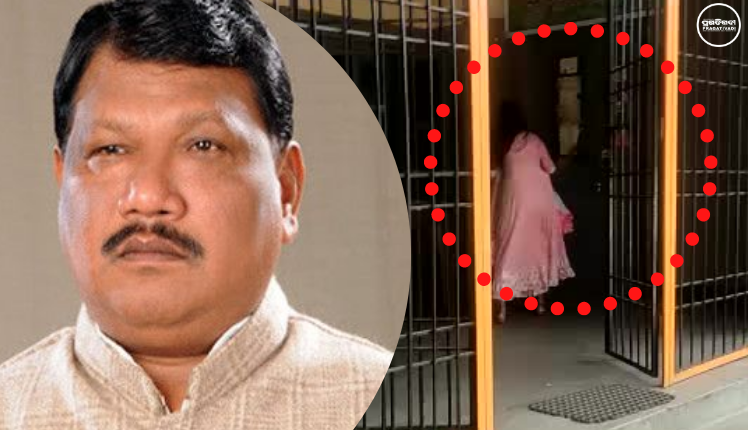 Rourkela: After allegations against Union Minister Bisweswar Tudu beating two government officials surfaced in media a few days ago, another allegation against BJP MP and Ex-Union Minister Jual Oram has become the grist for the gossip mill.

A woman worker of BJP in Rourkela, who was an aspiring candidate for the upcoming panchayat poll, has alleged that the senior leader abused her in filthy languages in an inebriated condition.

She also lodged a complaint against Oram with Jhirapani police station citing that the latter had abused her using foul language when she called him to discuss about the upcoming panchayat elections in the state.

The matter came to light on Monday when a video went viral on social media, purportedly showing the complainant vandalising the BJP party office in Rourkela. She was also seen repeatedly saying what Oram said to her via phone call.

“I was asked to call him in the morning on Sunday regarding the preparations for upcoming panchayat elections. When I called the MP, he started abusing me using foul language. He also called me a brothel girl as I am taking part in politics. He, not even scolded me, also my parents and my relatives. Is it the perfect way to speak to a woman?” she alleged.

“I have proof when Oram was abusing me. I have recorded the entire call. After I said that I will be lodging a complaint about such misbehaviour, one of his woman party workers called me and tried to pacify my anger. She said that at that moment Oram Babu was in an inebriated condition and asked me to leave the matter here only,” she added.

Fumed over this, the complainant resorted to vandalism in the party office. However, no remarks against her activity has come to the fore.

Meanwhile, the complainant also demanded that MP Oram must apologize to her for his behaviour.

Reportedly, a few days ago, two government officials in Baripada were allegedly beaten up by the Minister of State for Tribal Affairs & Jal Shakti Biseswar Tudu. They alleged, the Minister attacked the duo with a chair after closing the doors of the party’s office room.