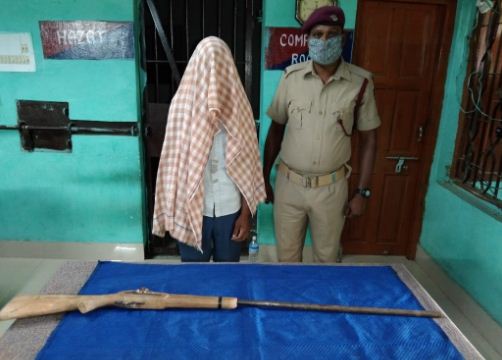 Another Arrested On Illegal Arms Trade Charges In Sambalpur

Sambalpur: Jujumura police has arrested another person for his alleged complicity in the illegal arms trade in Sambalpur district. The arrestee has been identified as Pradip Lugun (21) from the same village.

According to reports, the officials have conducted a raid at Jarang village as a part of the investigation in Basupali country-made weapons case and arrested the accused. The cops have also seized a country-made rifle from him.

Earlier, police had arrested four persons and seized four rifles from them during the raid.

A Case has been registered under sections 25(1(AA) Arms Act and the accused have been forwarded to court. Further investigation is underway.