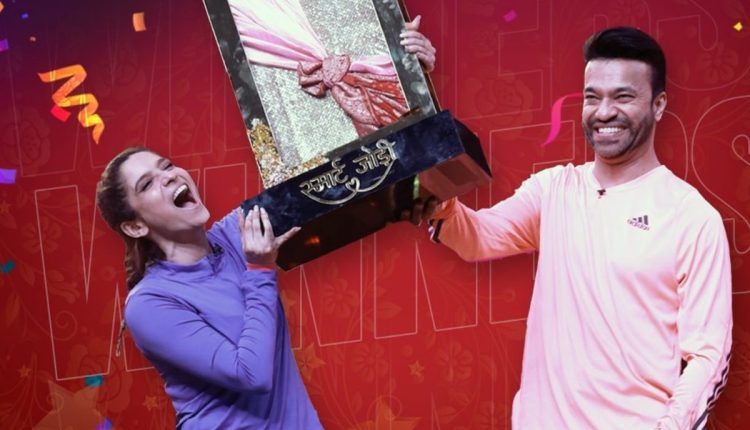 Mumbai: Actor Ankita Lokhande and her husband Vicky Jain emerged as the winners of the reality show Smart Jodi. The couple participated in the show days after tying the knot. They took home the ‘golden gathbandhan’ trophy and a Rs 25 lakh cash prize.

Balraj Syal and Deepti Tuli were declared runners-up during the grand finale that took place on Sunday. The Star Plus show, which ran for eight weeks, was hosted by Maniesh Paul. While Riteish Deshmukh and Genelia Dsouza came as special guests on the grand finale, singer Udit Narayan also entertained the audience with his performance.

Arjun Bijlani-Neha Swami and Bhagyashree-Himalaya Dassani were also competing in the grand finale episode but got evicted early on. After winning the show, Ankita shared a video of their winning moment on the show. Ankita and Vicky were presented the trophy by Ritiesh and Genelia Deshmukh. Sharing the video, Ankita wrote, “Look how far we’ve come, my baby. We are meant to be. We were meant to Make It Large. #anvikikahani.”