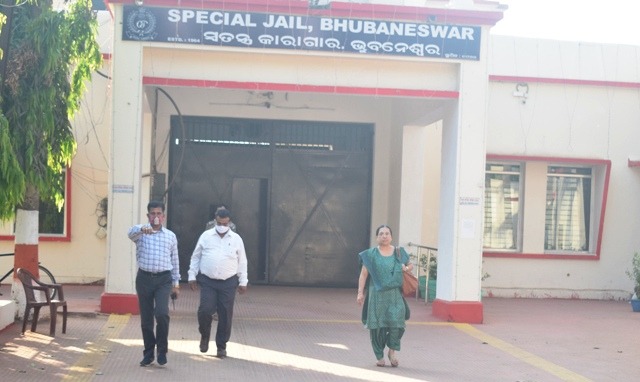 Bhubaneswar: A Test Identification (TI) Parade was held on Wednesday afternoon in the Jharpada Special Jail premises to identify the main accused, Biban Biswal, in the sensational Anjana Mishra gang rape case in 1999.

The TI parade was held in the presence of JMFC Srujalin Mohanty. Both the gangrape survivor, Anjana Mishra and an eyewitness of the case, a car diver Nilakantha Rout identified accused Biban among 10 other accused persons.

Earlier in the day, Anjana Mishra, who arrived at the Jharpada jail at around 2 PM, said she may have difficulty identifying the main accused, Biban, as 22 years have passed.

The CBI will Biban on remand at 11 AM on Thursday. The investigating agency will try to ascertain who helped Biban to escape arrest.

While the CBI Special Court has directed to produce the accused on Friday, it is learned that the Kolkata CBI team may apply to take Biban on remand.

Estranged wife of a forest officer, Anjana Mishra was allegedly gang-raped by three men in Barang-Belgachia on August 9, 1999. Two accused persons Pradeep Sahu and Dhirendra Mohanty were arrested by the police within two weeks of the incident.

However, Biban succeeded to evade arrest for 22 long years. However, Commissionerate Police arrested him from Pune and handed him over to the CBI.