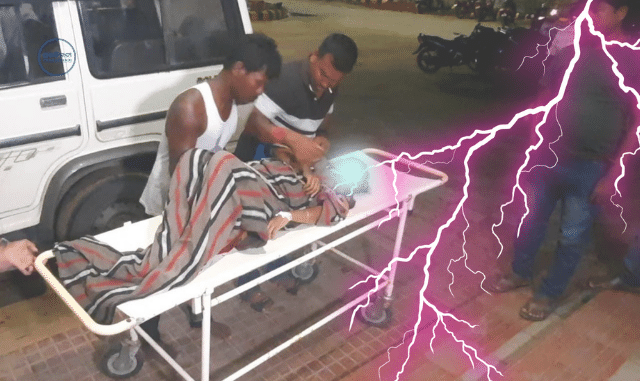 Malkangiri: An Anganwadi worker died and three of her family members sustained injuries after they were struck by a lightning bolt at a village under Padia block in Malkangiri district on Monday.

The deceased has been identified as Anima Biswas, an Anganwadi worker from MPV-69 village in of Malkangiri district. Reportedly, three others family members are being treated at the nearby Kalimela community health centre (CHC).

Sources said Anima and her parents and daughter were working on the farms when thunderstorms lashed the area forcing them to take shelter under a tree.

However, a thunderbolt struck the tree injuring all the four members of the family. They were rescued and initially rushed to Kalimela CHC where Anima was shifted to Malkangiri District Headquarters Hospital as her condition was critical.

While undergoing treatment at the DHH, Anima succumbed to death. The deceased Anganwadi worker, Anima is survived by a nine-year-old son and a 14-year-old daughter. Her husband had also died last year.