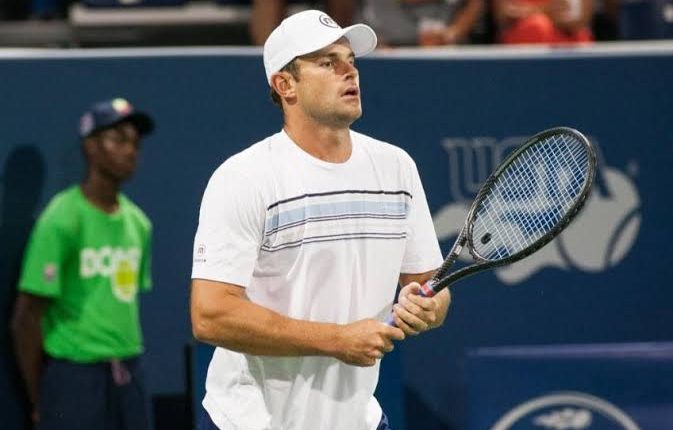 Andy Roddick won in 2003. When will we again see a tennis champion from the USA

20 years of Grand Slam Tennis is over in the 21st century. The years 2000-2003 were dominated by American Champions (this article focuses only on the men’s Grand Slam events). In this period of 2000-2003, Andre Agassi won the Australian Open 3 times and reached the US Open Final once. In addition to his six previous wins, Pete Sampras won Wimbledon once more, won the US Open once more as well and also reached the finals of the US Open twice as well. Andy Roddick won the US Open in 2003. This was an excellent show by American champions, carrying on the tradition of giants like Jimmy Connors, John Mcenroe, Jim Courier, Pete Sampras, and Andre Agassi. In the 1990’s, the USA had such a surfeit of tennis riches that Pete Sampras had been reduced to playing doubles with John Mcenroe in the 1992 Davis Cup Final with Courier and Agassi playing the singles. The USA defeated Switzerland 3-1 in that tie. An amazingly pleasant selection headache for any Captain.

Men’s Grand Slam Tennis has not seen an American Grand Slam champion since Andy Roddick in 2003. That’s 18 years now. We have not seen an American champion now for the last 70 Grand Slams. This is not acceptable for a country that has won 52 Grand Slam titles, more than any two tennis-playing nations put together. Next is Spain with 26, Sweden with 25, Switzerland with 23, and Serbia with 23. Of course, the numbers of Spain, Switzerland, and Serbia have been swelled with the extraordinary performance of Rafa, Federer, and Novak who have won 20 Grand Slam titles each. This, however, also means that the USA has given us many more tennis champions than other tennis-playing countries.

Let us see if any male tennis player has entered the finals at the Majors since Roddick’s US Open triumph in 2003. Well, it is none other than Roddick himself, which was in the 2009 Wimbledon final. In fact, after his 2003 US open win, Roddick had 4 Losses in the finals of Majors, 3 at Wimbledon, and once at the US Open, and all 4 were to Federer.

This means that the last time an American male was in a Grand Slam final was 12 years back. We also do not regularly see Americans at the semi-finals or even the Quarter-final stages. The focus clearly has shifted to Europe.

Certainly not acceptable for a proud sporting nation with such a rich tennis playing – and winning history.

The decline of American tennis is certainly puzzling since tennis has seen an increase in popularity worldwide.

There is a constant increase in prize money. The top sponsors such as Nike, Adidas, Fila, Lacoste, Asics, Uniqlo, and Lotto for instance are steady in their support, and there are newer sponsors every year.

Top players like Federer, Nadal and Djokovic are amongst the highest-paid athletes in the world with only top football players like Messi and Ronaldo, and top basketball players and boxers like LeBron James and Floyd “Money” Mayweather ahead of them. Even in 2019, Federer was the 5th highest-earning athlete on the Forbes list with an earning of 93.4 Million$. Only Messi, Ronaldo, Neymar, and boxer Canello Alvarez were ahead of him. In 2020, Federer became just the 9th top-earning athlete on the Forbes list since they started rankings in 1990.

The sport is certainly flourishing everywhere else in the world. Is it struggling in the USA? and if so, why?

The USA hasn’t won the Davis Cup since 2007. No American male tennis player is in the top 20. The highest-ranked American player is Reilly Opelka at 23 followed by John Isner at 26. Taylor Fritz, Sebastian Korda, and Francis Tiafoe are in the top 50. Tommy Paul, Mckenzie Mcdonald, Sam Querrey, Steve Johnson, Denis Kudla, Tennys Sandgren, and Brandon Nakashima are other American players in the top 100. There is one more, Jenson Brooksby, who at 20 has broken into the top 100 after entering the semi-finals of the Citi ATP 500 tournament. While there are many who are in the top 100, for the USA, that is not good enough. Top 20 is minimum, while top 10 or rather, top 5 would have been not just desirable, but expected.

Can Sebastian Korda or Brooksby be the exciting young talent who will help invigorate American tennis to earlier glory, or will it be Reilly Opelka? An American playing even a quarter-final of a Grand Slam is a surprise and a talking point. That certainly should not be the case.

Apart from the absence of an American male superstar, a possible reason for the apparent decline in tennis in America could be that it is a costly pursuit. There is also a huge percentage of tennis scholarships going to non-Americans and there seems to be a sudden decline in Americans playing college tennis and breaking into the pro level. Let us compare with the past.

John McEnroe came from Stanford while Connors and Ashe came from UCLA. However, no top player in recent times seems to have come from the American colleges, barring John Isner and Sam Querrey. Isner who is from Georgia has breached the top ten just once and has a solitary Grand Slam semi-final at Wimbledon and just two Quarter-finals at the US Open so far. At 36, maybe his best days are probably behind him, though now also he along with fellow-American Reilly Opelka are the best servers on the circuit. Sam Querrey in 2017, became the 1st American to reach a Grand Slam semi-final in 8 years. However, he has only that semi-final appearance at Wimbledon and a QF appearance at US Open in the same year. He has not reached a QF after that.

Do all tennis players make money?

A closer look reveals that only three of the top 25 earners in sport are tennis players. No surprise that these three are Federer, Novak, and Rafa. While Federer is the Numero Uno, Novak is at 23rd and Rafa is at 27th. Serena, Naomi Osaka, and Kei Nishikori are also in the list of top 40 earning athletes. They are the only 6 in the top 60. Notably, there is no American male, and Serena is the only lady tennis player from the USA.

It is my strong belief that lack of a Champion is not motivating youngsters who are preferring other sports over tennis. One more reason could be a growing perception that tennis is becoming an increasingly elite sport. The cost of coaching, traveling and tournament participation could cross $100000.

If someone breaks into the top 50 and preferably the top 30 in the world then the returns will certainly be worth it. For instance, Reilly Opelka is just 23 and at rank 31 has already earned more than 2.5 million dollars. Taylor Fritz, at 23 has earned above 4 Million dollars. But it is not easy to be among top 50 and top 30 in the world. It requires investment, it requires coaching, and it requires focus. It is true that there are hundreds of free tennis courts everywhere but then that leads to a fitter culture, which of course is super in itself. However, recreational tennis is different from producing Grand Slam Champions.

Hope for the future however remains. The USA is a great sporting nation will definitely not like to see this decline continue. In recent times there has been an increase in tennis at the junior level.

There has been a renewed interest in tennis in New York at the junior level, which probably is one of the greatest tennis cities in the world. This may well see growth and revival after a few years. Until then, America is likely to see no champion – which is not great news.

Can Reilly Opelka be that American champion, the USA wants to see as early as possible? The 6 foot 11 inches giant is in the form of his life and serving really well. He has also improved upon his groundstrokes and temperament as well and this helped him to defeat world number three Tsitsipas in the semi-final of the 2021 Toronto Masters before he lost to Medvedev in the final. However, Grand Slam involves different mental skills as well apart from the physical aspect of winning 7 best-of-five matches in a single tournament over a period of two weeks. Can Opelka take the next step? Can he become the 1st male American Champion since Andy Roddick in 2003? If so, he will be the tallest male Grand Slam champion of all time, with the tallest record shared by DelPo and Cilic, who as 6;6 each. If not Opelka, who else can take the next step, and the ultimate one, of winning a Grand Slam tournament.

It is difficult to see an American Champion at the US Open 2021. Novak Djokovic would be the odds-on favorite and amongst contenders, we may count on Medvedev, Tsitsipas, Sascha, Berrettini, and Rublev. None are from the USA. Looks like another year would go by without a male American Grand Slam champion.

Looking forward to the US Open 2021 and may the best player win.