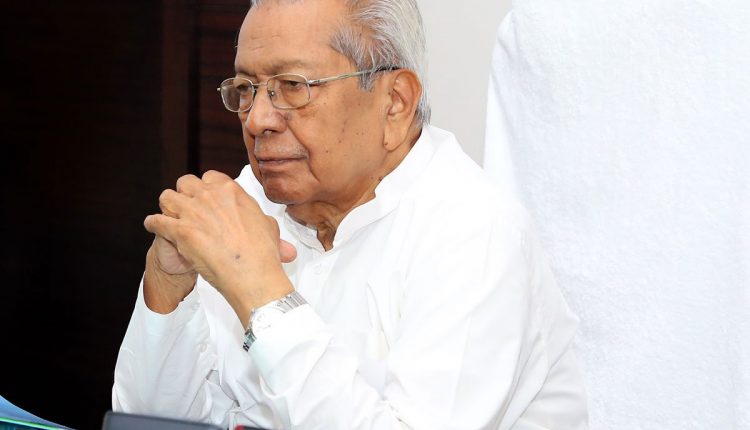 Hyderabad: Andhra Pradesh Governor Biswa Bhusan Harichandan, who is admitted to hospital in Hyderabad, is now stable and his condition is improving, a hospital official told on Thursday.

Harichandan was admitted to a private hospital here on Wednesday after falling sick. The 87-year old complained of uneasiness following which he was flown to Hyderabad on a special aircraft from Gannavaram airport.

“Hon’ble Governor of Andhra Pradesh Biswa Bhusan Harichandan Ji is in clinically stable condition, maintaining normal oxygen saturation and vitals. Hon’ble Governor expressed that he is feeling better. A multidisciplinary team of doctors is continuously monitoring his health around the clock,” the hospital’s bulletin read.

The veteran leader from Odisha was a five-time MLA, having represented the Chilika and Bhubaneshwar (Central) assembly constituencies. He has also worked as revenue minister in the Bharatiya Janata Party (BJP) and Biju Janata Dal (BJD) coalition government in 2004.

Another 351 COVID-19 patients recover in Odisha