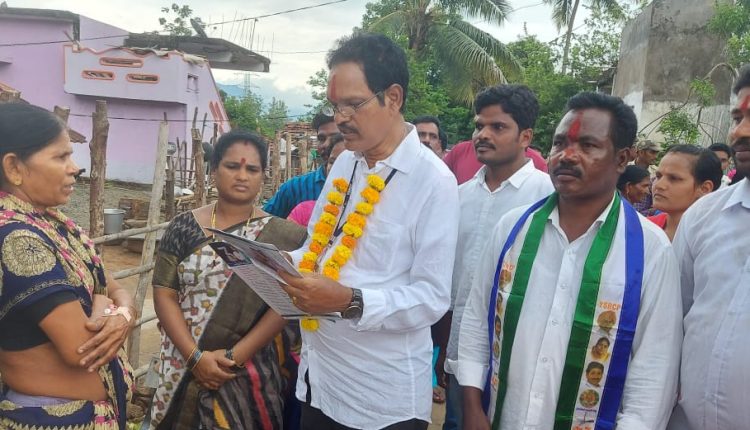 Koraput: The inter-state boundary dispute between Odisha and Andhra Pradesh in Kotia panchayat continued to simmer as Deputy Chief Minister P Rajan Dora himself visited the border villages on Wednesday.

Deputy Chief Minister Dora was seen discussing several issues with Kotia residents who resented the Odisha government’s inaction against such steps of the AP government.

He also visited the doors of Scheduled Castes and Scheduled Tribes and explained to them how the Jagan government’s Naba Ratna scheme would benefit them. He also asserted that the tribal people who have not received their house bill will soon get it.

Earlier, residents of Kotia snubbed the Deputy Chief Minister during his visit to the area.

It was learnt that Andhra supported independent candidate Tikai Gemel had won the Zilla Parishad election from the seat.

A team from the neighbouring state led by Deputy Chief Minister P Rajan Dora visited the area to celebrate the victory of Gemel.

Natural Home Remedies To Get Rid Of Nausea