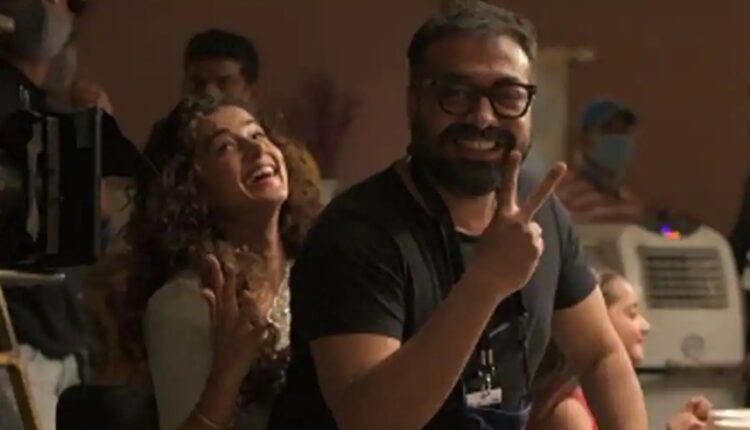 “And We Restart #DoBaaraa”, Says Anurag Kashyap As He Resumes Shooting For ‘Dobaaraa’

Mumbai: Filmmaker Anurag Kashyap on Saturday took to Instagram and announced the shooting of his film “Dobaaraa”.

This was Kashyap’s first comment since March 3 when the Income Tax Department searched his properties as well as those of Taapsee Pannu and his partners who launched the now shuttered production house Phantom Films.

Days after the Income Tax Department conducted raids at the residence and other properties of filmmaker Anurag Kashyap and Taapsee Pannu, the duo decided to break their silence on the issue but in their own way.

While Taapsee Pannu took to Twitter and threw some light on the issue, Anurag Kashyap rather decided to drop a happy post of the two with a caption reading: And we restart #DoBaaraa .. with all our love to all the haters ..

Earlier in the day, Pannu posted a three-point statement on Twitter on an “alleged bungalow” in Paris, the “alleged receipt” of Rs 5 crore and her “memory of 2013 raid”.

The searches targeting Pannu and Kashyap are part of a tax evasion probe against Phantom Films.