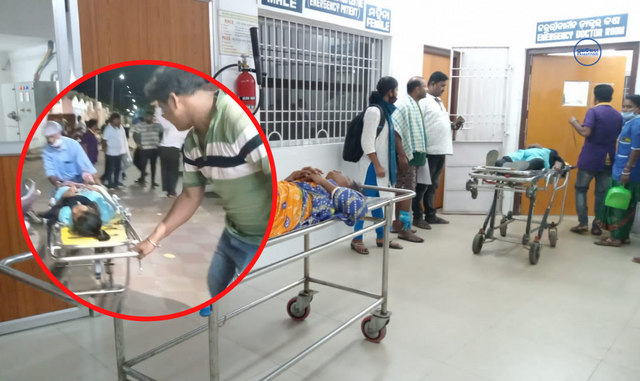 Balasore: More than 20 employees of a shrimp processing plant, located at Khantapada around 18 km away from Balasore, fall sick after ammonia gas reportedly leaked at the plant on Wednesday.

According to sources, multiple ambulances have been engaged to bring the critically ill-taken to Balasore District Headquarters Hospital.

Sources said the ammonia gas leaked in the factory this evening, following which, several woman workers complained of sickness and nausea. All the affected workers were immediately taken to Khantapada CHC and later some were taken to the DHH.

While 13 patients are undergoing treatment at Khatapdada CHC, about 15 people have been admitted to the DHH, taking the total count to 28 so far. However, the exact cause of the ammonia gas leak is yet to be ascertained.

It is pertinent to mention here that a few years ago more than 25 people fell sick due to a gas leak at the Falcon plant.