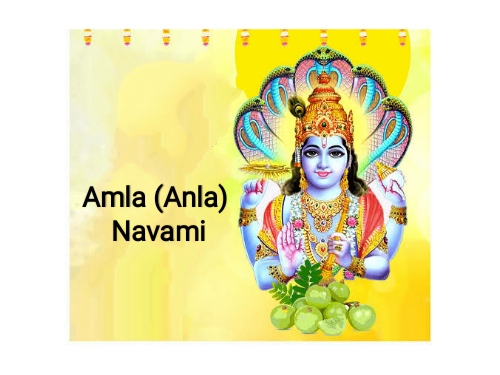 Bhubaneswar: In Odisha, Amla Navami is observed on Shukla Navami during Kartik Month as per Hindu calendar. As the name suggest, it is all about worshiping the Indian gooseberry tree.

On the day of Akshaya Navami, the Parikrama of Mathura-Vrindavan is considered very auspicious. Devotees circumambulate twin town of The popular belief is that during the Kartik month gods and sages reside on the Awala Tree. Therefore worshipping Awala during the period can help in destroying sins and in fulfilling wishes. The Puranas also equate Awala Tree with Goddess Lakshmi. Awala is also known as Dhatri and thus the worship is essentially for prosperity and auspiciousness.

The tradition of worshipping the amla tree on Kartik Navami can be traced to ancient scriptures, which mentions it as a favourite fruit of Lord Vishnu and that all gods and goddesses reside in that tree. On the occasion, devotees consecrate and anoint Lord Vishnu with amla fruits. They also cook food under an amla tree and offer Naivedya (offerings) to the God.

LeT Commander, Who Terrorised Pandits, Migrants, Gunned Down In Encounter In J&K