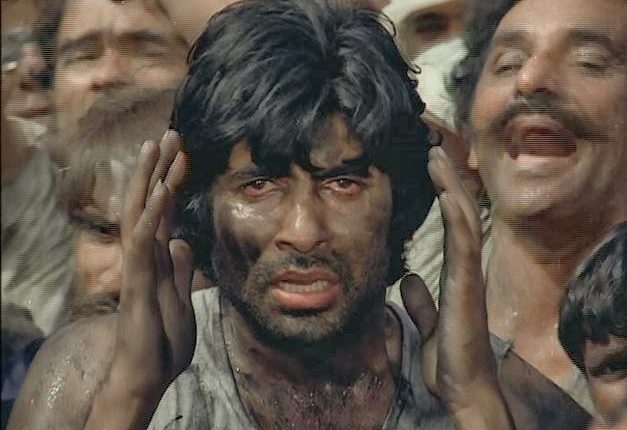 Celebrating the journey, Big B took to Instagram and recalled his first job when he worked in a coal mine.

“42 years of Kaala Patthar .. !!! phew !!! Been a while .. and so many incidents in the film from my personal experiences when I worked in the Coal Dept of my Calcutta Company, my first job before joining the movies .. actually working in the Coal mines in Dhanbad and Asansol …”, said Amitabh Bachchan. 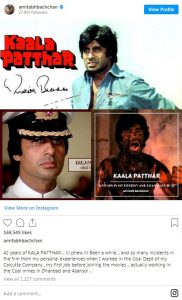 Kala Patthar”, which released in 1979, tells the story about Vijay, a former navy officer, who when disowned by his family starts working at a coal mine. Trouble ensues when the mine is flooded with water and he is trapped along with several other miners

Directed by Yash Chopra, the film, which also stars Shashi Kapoor Rakhee, Shatrughan Sinha, Neetu Singh and Parveen Babi, is based on the Chasnala mining disaster.

Man Held For Assaulting His Mother