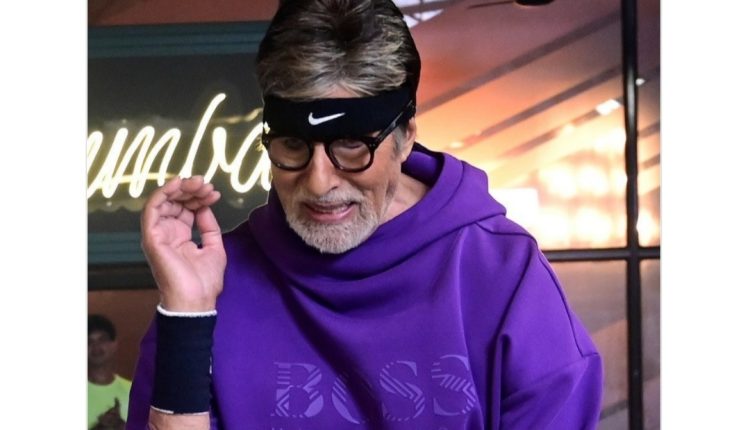 Mumbai: Amitabh Bachchan is an avid social media user and loves to treat his fans with fun photos and videos of himself.

The megastar on Wednesday took to his Instagram and dropped a cute picture of himself, enacting the hook-step of the ‘Nach Punjabaan’ song from the movie ‘Jug Juug Jeeyo’.

Soon, after the post, his fans and industry friends chimed into the comment section and showered loved on him. A user wrote, Jug Jug Jiyo Amit ji.” Another said, “Most beautiful great top actor My heart favorite Amitabh Bachchan.” A third comment read, “Dancing like a boss.”

Helmed by Raj Mehta, film ‘Jug Jugg Jeeyo’ comprise an ensemble cast of Varun Dhawan, Kiara Advani, Anil Kapoor, and Neetu Kapoor. Host Maniesh Paul will also be starring in the film with YouTuber and influencer Prajakta Koli making her Bollywood debut with this film. Reality TV star Varun Sood will also do a cameo appearance in the film. Produced by Karan Johar’s Dharma Productions and Viacom18 studios, ‘Jug Jugg Jeeyo’ is set to hit the theatres on June 24.