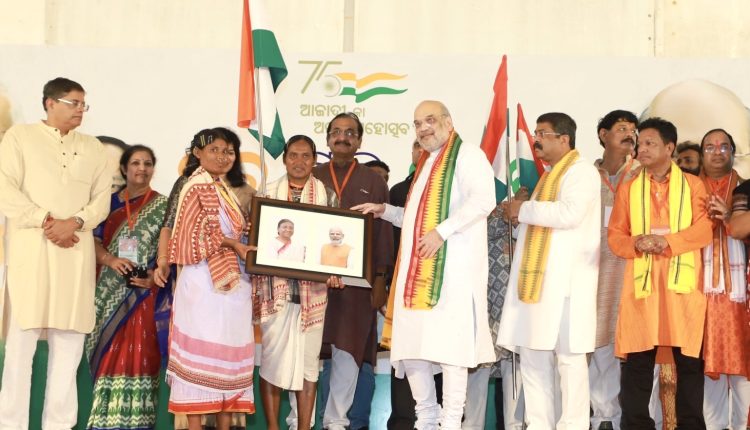 Cuttack: Union Home Minister Amit Shah, while attending the 75th anniversary of Odia daily Prajatantra on Monday, said that Odisha is going to see the BJP government in 2024.

He also asked the BJP workers in Odisha to start preparations for the 2024 general elections.

Speaking on this occasion, Shah said, “Acche din has arrived. Many Odias have got chance to spearhead crucial roles in the government of India. There are several Odias adorning top posts in several ministries and departments.”

“Ashwini Vaishnaw is Union Minister of Railways, Dharmendra Pradhan is the Union Education Minister. Bisweshwar Tudu is currently serving as the Minister of State for Jal Shakti of India. Odisha has abundance of possibilities to reach on the peak of development. Odisha is the powerhouse of mineral sources. I could see its bright future,” he said.

“There was a time when BJP was tagged ‘Hindi Bhasa Party’ but our party has governments in the entire Northeast belt and from Gujarat to Maharashtra. Now BJP will form government in Odisha,” said Shah.

While interacting with the party leaders at the BJP state headquarters here, Shah advised them to work for strengthening the party at the grassroots level.

Later, while launching the Odisha Chapter of ‘Modi@20: Dream Meets Delivery’ during a convention in Bhubaneswar, the Union Home Minister said the BJP will form government in Odisha in the next elections.