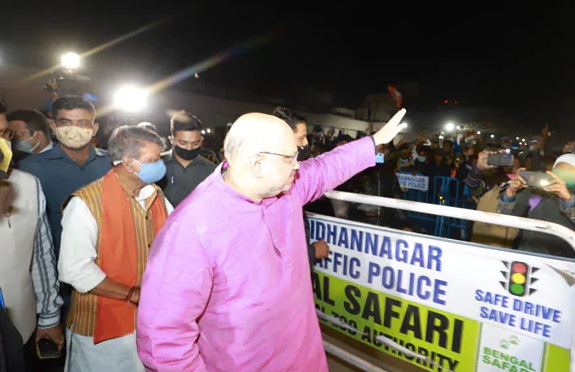 Kolkata: BJP leader and Union Home Minister Amit Shah arrived in Kolkata after 1 am on Saturday on a two-day visit ahead of the Assembly elections slated to be held in the next few months.

In a tweet upon his arrival in Kolkata, he wrote, “I bow to this revered land of greats like Gurudev Tagore, Ishwar Chandra Vidyasagar and Syama Prasad Mookerjee.”

Speculations are rife that Suvendu Adhikari, who gave up his cabinet portfolios and the Trinamool Congress, may join the BJP during Mr Shah’s visit.

Shah will address a public rally at Midnapore on Saturday where a number of TMC leaders are likely to join the BJP.