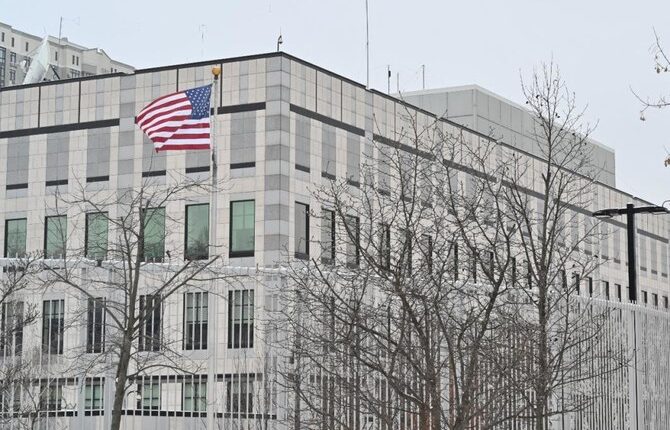 Amid Russian Invasion Fears US To Evacuate Ukraine Embassy

Washington DC: As Western intelligence officials warn that a Russian invasion of Ukraine is increasingly imminent, the United States is set to evacuate its embassy in Kyiv.

The department had earlier ordered families of US embassy staffers in Kyiv to leave. But it had left it to the discretion of nonessential personnel if they wanted to depart. The new move comes as Washington has ratcheted up its warnings about a possible Russian invasion of Ukraine.

The officials, who spoke on condition of anonymity because they were not authorised to discuss the matter publicly, said a limited number of US diplomats may be relocated to Ukraine’s far west, near the border with Poland, a NATO ally, so the US could retain a diplomatic presence in the country.

The Pentagon announced Friday it is sending another 3,000 combat troops to Poland to join 1,700 who already are assembling there in a demonstration of American commitment to NATO allies worried at the prospect of Russia invading Ukraine.

The additional soldiers will depart their post at Fort Bragg, North Carolina, over the next couple days and should be in Poland by early next week, according to a defense official, who provided the information under ground rules set by the Pentagon. They are the remaining elements of an infantry brigade of the 82nd Airborne Division.

Their mission will be to train and provide deterrence but not to engage in combat in Ukraine.