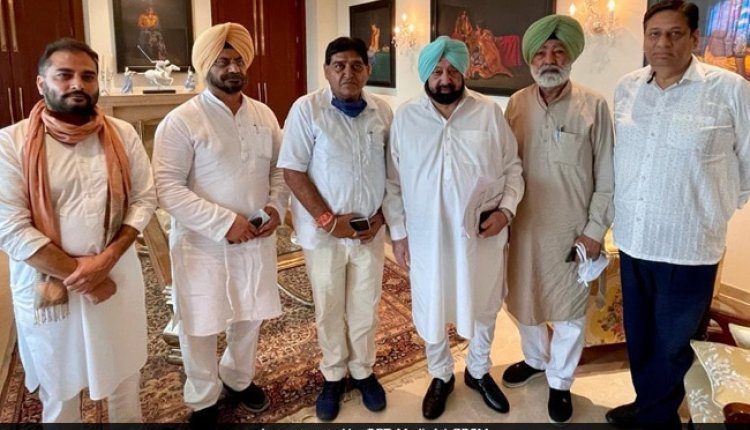 Navjot Sidhu and Punjab Chief Minister Amarinder Singh will meet for tea tomorrow in the first effort for peace ahead of the cricketer-turned-inauguration politician’s as Punjab Congress chief.

The invitation came from Mr Sidhu, who invited the Chief Minister to the party office for the programme. Mr Singh responded by inviting all party leaders and MLAs to tea.

The tea party will be held at the Punjab Bhawan, followed by a visit to the party office.

In the letter that pointedly mentioned his appointment by Sonia Gandhi, Mr Sidhu said, “I have no personal agenda, only Pro-People agenda. Thus, as the eldest of our Punjab Congress family, I request you to please come and bless the new team of PCC”.

Later in the afternoon, Raveen Thukral, the Chief Minister’s media advisor tweeted, “Punjab CM has invited all MLAs, MPs and senior party functionaries at Punjab Bhawan for tea at 10 am on Friday. They will all then go to Punjab Congress Bhawan together from there for the installation of the new PPCC team”.

The Chief Minister has already met with two members of the new team, and photos of the meeting were posted alongside the tweet. Mr Sidhu was not part of the delegation that met Mr Singh, and the two are expected to meet tomorrow for the first time since the party’s troubles erupted.

Mr Sidhu has yet to extend the public apology demanded by the Chief Minister for his disparaging tweets. However, sources claim that there has been some reconciliation between the two.

After months of infighting that threatened to derail the party’s re-election bid in next year’s assembly elections, the cricketer-turned-politician was elevated as Congress president earlier this week. The party veterans had also opposed Mr Sidhu — whom they dubbed a “BJP reject” — calling the shots.

The elevation was seen as a snub to the Chief Minister and party veterans, who were opposed to a “BJP reject” calling the shots. Mr Singh had only given the Central Leadership’s solution a conditional acceptance, but all of his riders were ignored.

Since the 2017 state elections, Amarinder Singh and Navjot Sidhu have been at odds. Mr Sidhu, who joined the party after leaving the BJP, hoped to be appointed Deputy Chief Minister. Mr Singh, however, is said to have thwarted the plan. Since then, Mr Sidhu has been on the attack, publicly criticising the Chief Minister on and off.

Former CBI Chief Added To Pegasus List After Being Sacked In 2018: Report

Niladri Bije: Return Of Holy Trinity Into The Temple