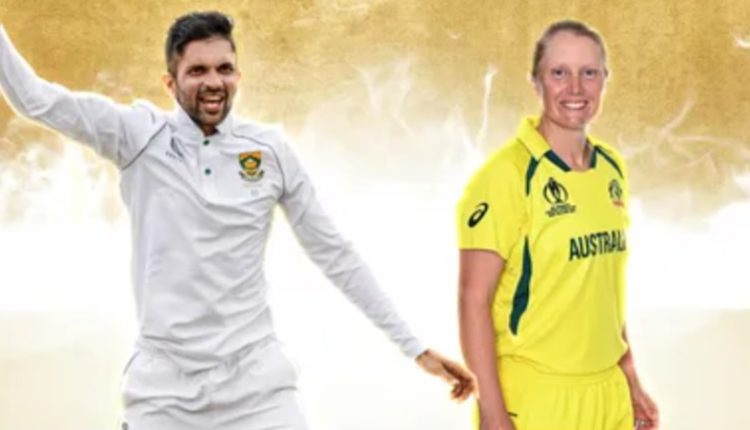 New Delhi: Australia superstar Alyssa Healy and South Africa spin wizard Keshav Maharaj have been voted as the ICC Women’s and Men’s Players of the Month for April 2022.

Healy was selected the stand-out female player in April following her match-winning innings of 170 in the Women’s Cricket World Cup final in Christchurch, setting a record for the highest-ever score in the summit clash of any ICC global event.

“I am very humbled to win this month’s award ahead of two outstanding players. It was great to see Janet Mbabazi’s name in the mix after a stellar tri-series for Uganda,” Healy was quoted as saying in a release issued by the ICC.

Proteas spinner Maharaj got the award for his prolific performance with the ball during their recent ICC World Test Championship series victory over Bangladesh on home soil.

The spinner proved a constant threat to the tourists, taking 16 wickets at an average of 12.12, celebrating two seven-wicket hauls in the second innings of both Tests.

His wickets were significant catalysts for his side’s 2-0 series triumph, winning comfortably on both occasions — by 220 runs in Durban and 332 runs in Gqeberha.

Acknowledging his award, Maharaj said: “I’m honoured and privileged to receive the ICC Player of the Month award for April and I want to thank my teammates for helping me win this award.

“I am really happy with how the team has performed this past season and I hope we can build on this to reach greater heights as a unit.”