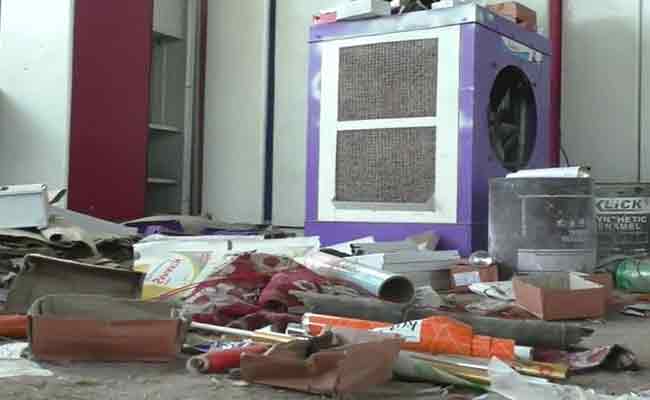 Bargarh: Tension erupted at an almirah factory in Dhangera village under Bargarh police limits after over 40 persons ransacked the place over suspected past enmity.

According to sources, nearly 40-50 persons barged into the factory and resorted to vandalism before hitting the manager and other staffers here. Reportedly, the manager of the factory sustained injuries following the attack.

Besides, the miscreants also looted lakhs of rupees from the spot.

As per available information, the owner of the factory has registered a case with the police stating that locals of Dhangera village caused the vandalism and looted Rs 3,56,000.