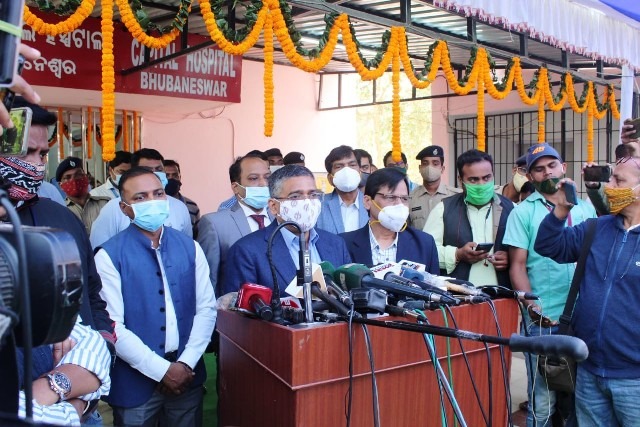 Bhubaneswar: Commissioner of Bhubaneswar Municipal Corporation (BMC) Prem Chandra Chaudhury today said that all the vaccinated beneficiaries are fine and no side effects have been reported far.

Chaudhury told the media that in the first one hour 19 beneficiaries were vaccinated and added that all were well and fine. He said everybody was kept under observation for half an hour as per the healthcare guideline.

The BMC Commissioner said the system is ever prepared to deal with any eventualities and added that the doctors concerned are on constant touch with them all.

Chaudhary said the negative environment relating to vaccination will soon fade away.

The BMC Commissioner said as the vaccination began at 11.05 am, our first-hour reporting stated that 100 beneficiaries had already been vaccinated till 11.45 am today.

Chaudhary informed that the locations and number of beneficiaries will increase from Monday. There are 9000 beneficiaries for the first phase and they will all be vaccinated by January 25