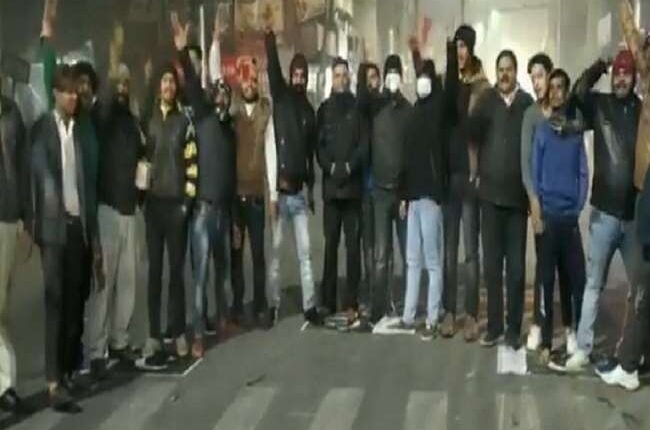 Aligarh: Bajrang Dal supporters in Aligarh protested against the demolition of Hindu temple in Pakistan. They raised slogans and disrespected Pakistani flags on the road.

Worthwhile to mention that an irate mob in Pakistan set ablaze a temple that was built before 1920. The incident occurred on Wednesday.

Reports said the video of the temple vandalisation at Terri village in Khyber Pakhtunkhwa’s Karak district in Pakistan was widely shared on social media. The Hindu temple was located in northwest Pakistan.

Twenty six persons were taken into custody by Pakistani Police in this connection. Police sources said those arrested belonged to a radical Islamist party in Pakistan.