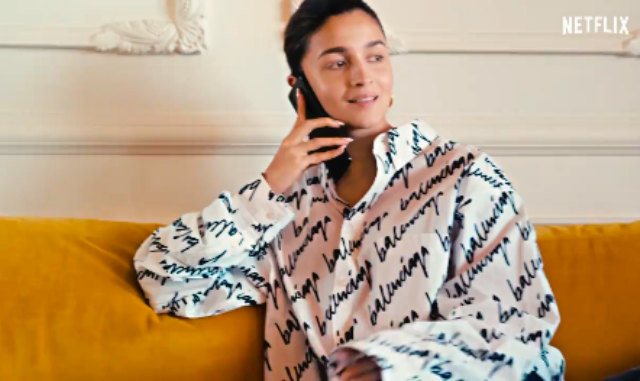 Mumbai: Alia Bhatt’s first production venture, Darlings is all set to release on Netflix. Today, the Gangubai Kathiawadi actress shared a video where the cast of the film is seen talking about Darlings coming on Netflix in hushed voices.

Alia Bhatt took to her Instagram handle to share a fun video featuring herself, Shefali Shah, Vijay Varma and Roshan Mathew. Sharing this video, Alia wrote, “Hey, darlings. I want to tell you something big but the network is not good here. Hello..hello?”

The video begins with Alia sitting on a couch and talking to someone on the phone. The moment she says is about to say that ‘Darlings is coming on…’ she is being asked that is her film Darlings coming on Netflix. The same happens with Shefali, Vijay and Matthew and they can be seen dodging the question in their own funny way.