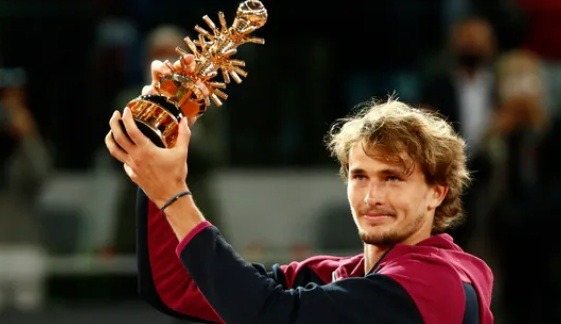 MASTER OF MADRID 🏆@AlexZverev is the @MutuaMadridOpen champion for the second time! pic.twitter.com/gu1gKGPvKa

Germany’s Zverev dropped his first set of the tournament. However, he fought back under a closed roof at the Manolo Santana stadium to lift his first claycourt title since 2019.

Berrettini showed no sign of nerves in his maiden ATP 1000 final and landed the first blow, taking a see-sawing opening set in a tie-break, where he initially let slip a 5-0 advantage and then saved a set point.

With unforced errors creeping into Berrettini’s game, the Italian squandered a breakpoint at 2-2 and then proceeded to drop his own serve as Zverev inched closer to victory.

The fifth-seeded German did not let up and another break confirmed the win in two hours and 40 minutes.

Chinese Scientists Planned To Use Covid As Bio Weapon: Reports