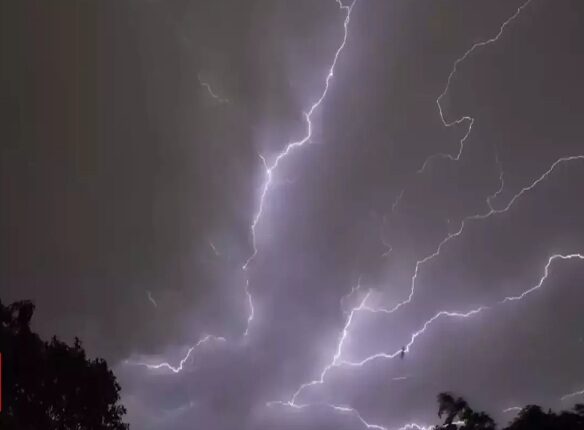 Bhubaneswar: The Indian Meteorological Department’s (IMD) regional centre here has issued thunderstorm and lightning alert for 17 districts of Odisha in the next 24 hours.

According to the IMD’s latest bulletin, the well marked low pressure over north Andaman Sea and adjoining south Myanmar coast weakened into low pressure and lies over the same region. However, the associated cyclonic circulation now extends upto 4.5 km above mean sea level.

Under the influence of which 17 districts of the State might witness thunderstorm and lightning. A yellow alert has also been issued in these districts.

On the other hand, the highest maximum temperature of 40.5 degree Celsius was recorded in Malkangiri and the lowest 18 degree in Boudh. No large change in maximum temperature is likely during next 2-3 days and thereafter it will rise gradually by 2-3 degree.