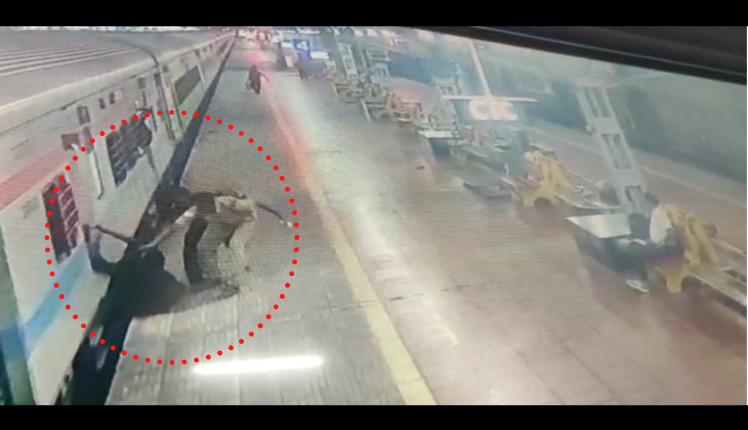 Cuttack: A major mishap was averted at the Cuttack railway station when a man’s life was saved by an alert Railway Protection Force (RPF) head constable.

The man was about to get trapped between a moving train and the platform on Wednesday morning when the Constable Safid Khan pulled the man from the train and saved his life.

The railway station’s CCTV camera captured the RPF officer’s swift action. The video has gone viral and netizens have hailed the constable’s effort.

According to Railway officials, constable Safid Khan was patrolling platform-4 when he noticed a man hanging from a door of Purushottam Express while trying to deboard the train. Khan then rushed to the spot and pulled him away from the moving train.

The passenger who was travelling from Bihar to Cuttack had suddenly woken up from his sleep and tried to deboard the moving train when the incident took place.