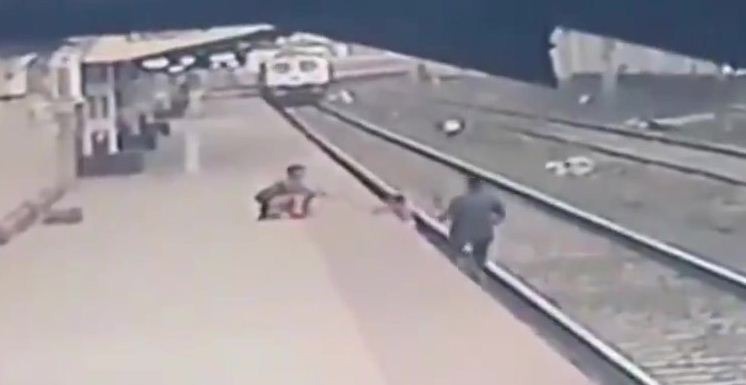 Mumbai: In a recent incident, a child came across a life threatening situation when he was about to be run over by a train. However, he was saved by a railway official at a suburban railway station in Maharashtra’s capital.

Mayur Shelkhe, who works as a pointsman with the Central Railway (Mumbai division), is being hailed as a hero for saving the life of the child. A video of the incident has surfaced on social media.

The tragic incident was averted at Vangani railway station in Mumbai around 5 pm on Saturday (April 17).

As per reports, a woman was walking with her child at the railway platform when the minor boy accidentally slipped off and fell on the tracks.

He would have got crushed under an oncoming train had the alert railway employee not come to his rescue.

Mayur jumped on the tracks and lifted him from the tracks in the nick of time. Shelkhe climbed the platform just a few seconds before a train arrived.

Very proud of Mayur Shelke, Railwayman from the Vangani Railway Station in Mumbai who has done an exceptionally courageous act, risked his own life & saved a child’s life. pic.twitter.com/0lsHkt4v7M