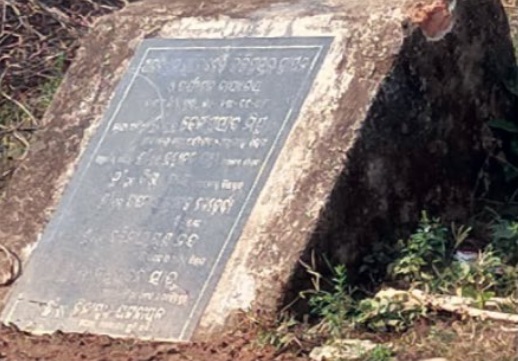 Jagatsinghpur: While several political leaders and other bureaucrats remember Jagatsinghpur’s Alaka Ashram on special occasions like Independence Day, the place is in dire conditions and needs renovation.

The ashram, which saw a lot of activities during the pre-Independence period, now remains abandoned.

Several locals of the area and veteran freedom fighters informed that earlier several appeals were made near the government in order to protect the value of the ashrama.

While the then government failed to do so, a spot was identified near Srikrushna academy to establish Alaka ashram memorial (Alaka Ashram Smruti Parishad) and freedom fighters’ Bhawan (Swadhinata Sangrami Bhawan).

Later, the Odisha tourism department attempted to renovate the spot in 2007-2008 following which the then Tourism minister laid the foundation stone of Alaka ashrama at a private property.

As the tourism department remained under-prepared, the financial aid was also withdrawn.

While the disputed land remains cordoned with a boundary wall, the Alaka ashram is yet to be renovated.

The Alaka Ashram was built in the year 1922 at Jagatsinghpur which had been giving a home to freedom fighters during the freedom struggle and after independence, the ashram has lost its existence and importance. Even the land has not been recorded in the name of the ashrama.

Alaka Ashram, situated on 55 acres of land on the banks of river Alaka in Jagatsinghpur town, had played a significant role during the Freedom Movement. Former Zamindars of the town Durga Charan Mohapatra and Bansidhar Pattnaik had given land to Gopabandhu Choudhury to set up the ashram in 1930.

Independence Day: 67 Police Personnel From Odisha To Get Medal For Gallantry

Biotin-Rich Foods To Add To Your Diet