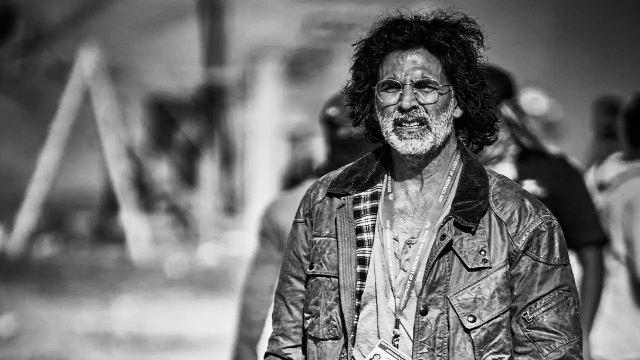 Mumbai: Bollywood superstar Akshya Kumar has made a surprise announcement for his fans who are eagerly waiting for his upcoming movies.

The actor, taking to his instagram, has revealed that his most-awaited thriller film ‘Ram Setu’s trailer will be released soon. The fans have to wait for October 11 to have glimpse of the movie through the trailer.

Giving a message on this, the actor mentioned on his instagram, “You showered the Ram Setu teaser with so much love and we are grateful for that. The love and eagerness with which you are waiting for the Ram Setu trailer are making us work even harder.

“Now to answer the burning question. The trailer of Ram Setu will be out on 11th October. Brace yourself to deep dive into the world of Ram Setu! #RamSetu in cinemas, 25th October 22,” he further wrote.

Along with this, he also shared a series of pictures from Ram Setu sets- the first being a picture of an underwater Exosuit called Makar, which was used during the underwater shoot for the film.

Next, he shared a picture of a thrilling action sequence from the film, followed by a picture of him and South actor Satya Dev. Helmed by Abhishek Sharma, the film also stars Jacqueline Fernandez, Nushrratt Bharuccha and Satya Dev in the lead roles.