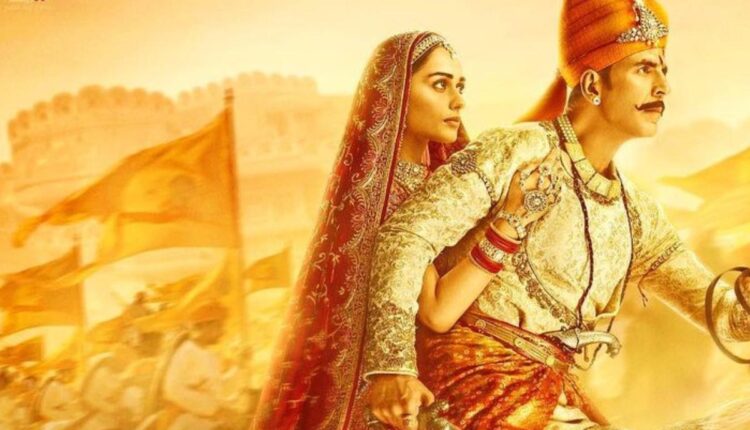 Mumbai: With the surge in COVID-19 cases and curbs imposed by several states in the country, the makers of the much-awaited period drama ‘Prithviraj’, starring Akshay Kumar former Miss World Manushi Chhillar, have reportedly postponed the release date.

Produced by Yash Raj Films and helmed by Director Dr. Chandraprakash Dwivedi, the period drama Prithviraj, is based on the life of the mighty Samrat Prithviraj Chauhan. The film was supposed to release on January 21, 2022. The makers are yet to announce the next release date.

As per Bollywood Hungama, the film’s release date has been pushed ahead keeping film business in mind. The film is expected to serve as a crowd-puller whenever showcased on the big screen in the post-pandemic era.

In the movie, Superstar Akshay Kumar essays the role of legendary warrior Prithviraj Chauhan, who fought valiantly against the merciless invader Muhammad of Ghor and former Miss World Manushi Chillar plays the role of his beloved Sanyogita. The film marks her Bollywood debut.

Back in November 2021, Akshay unveiled the teaser of the film, saluting the daredevilry of the braveheart.