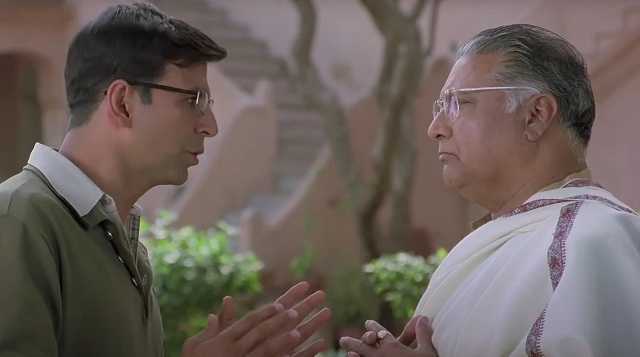 Mumbai: Akshay Kumar, Manoj Bajpayee and Raveena Tandon were among the stars of Indian cinema who on Saturday remembered veteran actor Vikram Gokhale, who died at a Pune hospital.

Gokhale, known for several Marathi and Bollywood films including the Amitabh Bachchan-starrer “Agneepath” (1990), “Bhool Bhulaiyaa” (2007), “Natsamrat” (2015) and “Mission Mangal” (2019), passed away at Pune’s Deenanath Mangeshkar Hospital where he had been undergoing treatment for the last couple of weeks. He was 77.

Kumar said he learned a lot from the veteran actor when he worked with him in movies such as “Bhool Bhulaiyaa” and “Mission Mangal”.

“Very sad to know of the demise of Vikram Gokhale ji. Worked with him in films like Bhool Bhulaiyaa, Mission Mangal, had so much to learn from him. Om Shanti,” he tweeted.

Indian cinema lost a gem of an actor, said Bajpayee.

“Had the privilege of working with him in ‘Aiyaary’ and shared a few great moments with him on the set! Saddened to hear about Shri Vikram Gokhale ji’s demise. My thoughts & prayers are with the family,” the actor said.

“Respected king of Marathi theatre, TV and cinema #VikramGokhale ji is no more with us! This is a huge loss for the industry! I pay tribute to his family on behalf of us! om Shanti!” he wrote on Twitter.

Actor Rahul Dev, who worked with Gokhale in 2000 movie “Champion”, remembered him as a “true gentleman and a complete actor”.

“His craft lent dignity to all his roles. Fortunate to have worked with him. My sincere condolences to his family and loved ones. Shine on Sir. #legend” he wrote.

Gokhale’s mortal remains will be kept at the Balgandharva Auditorium in the city and the last rites will be performed at the Vaikunth crematorium in the evening. The actor is survived by wife and two daughters.