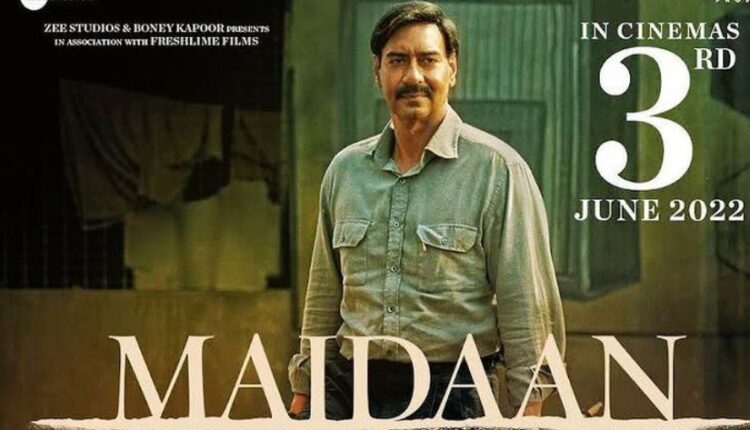 According to a report in Mid-Day, the makers are planning to release the movie in Bengali as well given the fact that Kolkata is the hub of Indian football.

Maidaan is based on the golden era of Indian football (1952–1962) and starring Ajay as football coach Syed Abdul Rahim, who is considered the architect of modern Indian football. The film is helmed by Amit R Sharma and produced by Zee Studios, Boney Kapoor, Arunava Joy Sengupta, and Akash Chawla. It also stars Gajraj Rao and Rudranil Ghosh. It marks the first-ever collaboration of Devgan with the National Award-winning director.

The film is scheduled for worldwide release in theatres on 3 June 2022.