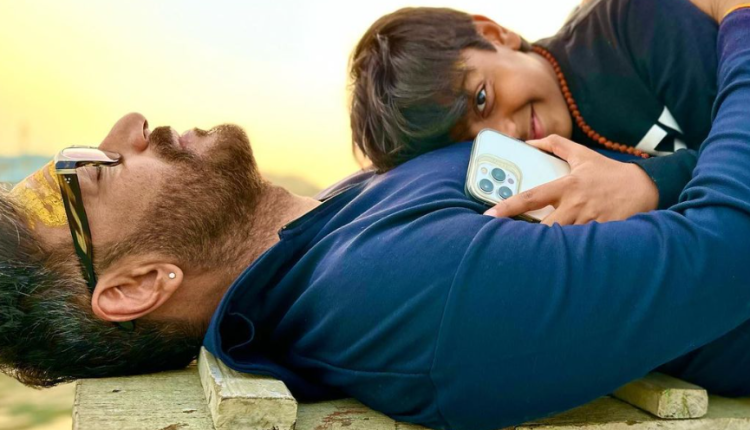 New Delhi: Ajay Devgn is one of the most talented actors in Bollywood. He never fails to amaze her fans and followers with his versatile acting skill.

Now the actor, who is basking in the success of his recently released film Drishyam 2, just a while ago, took to his social media handle and shared a new photo with his son Yug. Taking to his Instagram handle, the actor in his caption wrote: “Yug & I, finding our small moment of peace in the heart of Varanasi.”

In the picture, Ajay is seen wearing a blue long-sleeve t-shirt, while Yug can be seen laying on his father’s chest as he smiled at the camera.

On the work front, the actor will feature next in Bholaa, which is the official Hindi remake of the 2019 Tamil superhit Kaithi and features Tabu. The film is slated to release on March 30, 2023. Next, Ajay also has Amit Sharma’s sports drama film Maidaan, which is scheduled for theatrical release on 17 February 2023.