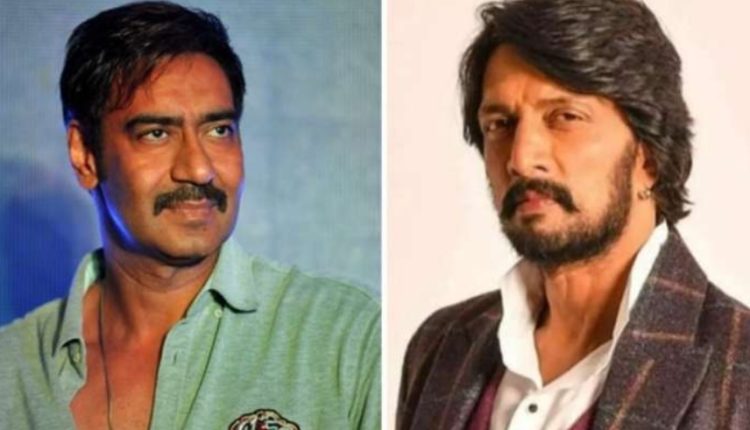 “I am proud to be a Kannadiga,” the former CM wrote adding that it is the duty of every Indian to respect linguistic diversity of the country. “Each language has its own rich history for its people to be proud of,” Siddaramaiah said.

The controversy started after Sudeep answered a question on KGF 2 being called a pan-India film. He said Hindi is no more a national language and Bollywood should say they are doing pan-India films (by dubbing their films in other languages).

To this, Ajay Devgn reacted and said if Hindi is not the National Language, then why Kannada films are being dubbed in Hindi. “@KicchaSudeep my brother, according to you if Hindi is not our National Language, then why do you dub your mother tongue movies in Hindi and release them? Hindi was, is and always will be our mother tongue and national language. Jan Gan Man,” Ajay Devgn tweeted in Hindi.

Actor Sudeep replied to Ajay Devgn’s Hindi tweet and said what he meant was completely different and was in a totally different context. “Hello @ajaydevgn sir.. the context to why i said tat line is entirely different to the way I guess it has reached you.

Probably will emphasis on why the statement was made when I see you in person. It wasn’t to hurt,Provoke or to start any debate. Why would I sir. I love and respect every language of our country sir. I would want this topic to rest,,, as I said the line in a totally different context. Much Luv and wishes to you always. Hoping to seeing you soon,” actor Sudeep tweeted.

The ‘row’ was put to rest after Ajay Devgn said he always thought of the film industry as one. and that something might have lost in translation. Actor Sudeep said translations and translations are perspectives and he would have been happy had he received a tweet from Ajay Devgn for “a creative reason’.