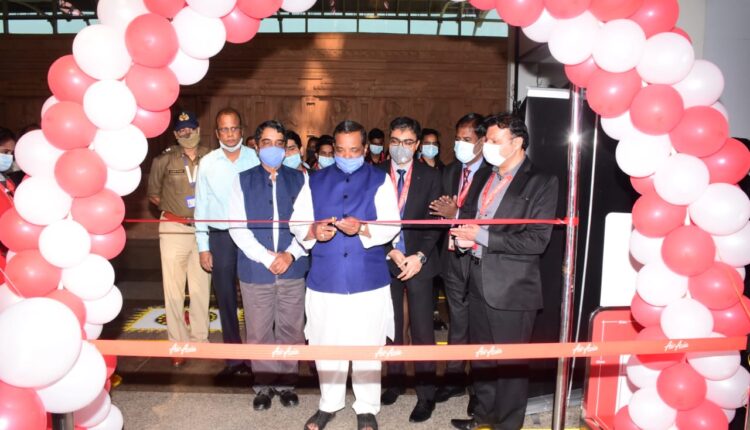 Shri Padmanabha Behera, Minister of Planning and Convergence, Commerce & Transport, Odisha was present during the lamp lighting ceremony of the  inaugural flight I5-911 from Bhubaneswar to Pune at Biju Patnaik International Airport, Bhubaneswar.

Addressing the inauguration, Ankur Garg, Chief Commercial Officer, AirAsia India said, “We are honored to have Shri Padmanabha Behera with us to flag off this new route. Bhubaneswar is a very special city for us as it was a part of our Umeed Ki Udaan initiative for which we had collaborated with the State Government and other individuals to help our migrant guests reach home safely. We now connect Bhubaneswar with all our four hubs New Delhi, Bengaluru, Mumbai and Kolkata and are looking forward to strengthening the connectivity in the coming months.”

As per standard protocol, all guests were screened before boarding and provided customized AirAsia safety kits comprising Masks, Sanitiser and Face Shields for their personal safety. Customers can book their seats now by logging onto www.airasia.com