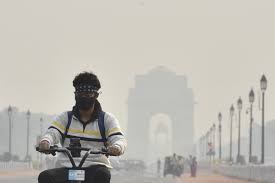 SAFAR has predicted that surface winds are calm and the minimum temperature is likely to fall further. The AQI is forecast to deteriorate rapidly in next 3 days.

Korean YouTuber has lunch with ‘two Indian heroes’ who…