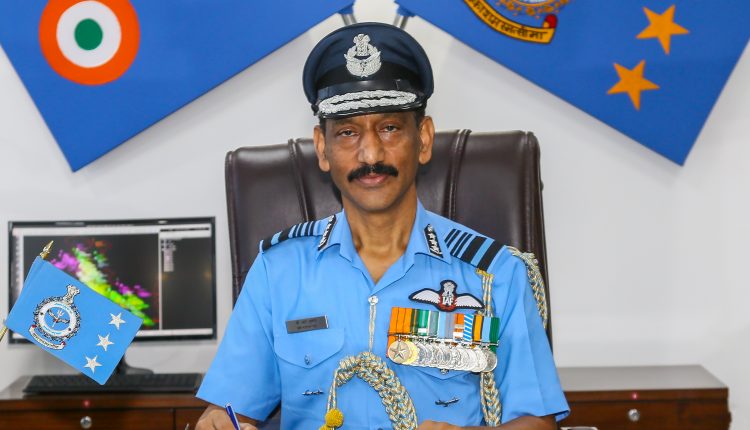 New Delhi: Air Marshal BR Krishna assumed charge of Chief of Integrated Defence Staff to the Chairman, Chiefs of Staff Committee (CISC) on October 01, 2021. The CISC paid homage to the brave hearts at the National War Memorial, in New Delhi followed by the Tri-Service Guard of Honour.

Commissioned as a fighter pilot in 1983, Air Marshal Krishna has hada distinguished career spanning over 38 years. Qualified Flying Instructor and experimental test pilot, he has flown a wide variety of fighters, transport aircraft, and helicopters in the inventory of the Indian Air Force (IAF). He has over 5,000 hours of flying experience including operational, instructional, and test flying. He is an alumnus of National Defence Academy, Defence Services Staff College, and National Defence College.

During his illustrious career, the CISC has held numerous important command and staff appointments. He commanded a frontline Fighter Squadron and Air Force Test Pilots School. He was Chief Operations Officer of a Forward Air Base, Commandant of Aircraft and System Testing Establishment, and commanded a Frontline Air Base.

Air Marshal B R Krishnawas Assistant Chief of Air Staff(Projects) and Assistant Chief of Air Staff (Plans) at the Air Headquarters. As an Air Marshal, he served as Senior Air Staff Officer, South Western Air Command &Director General Air Operations. Prior to taking over as CISC, he was commanding Western Air Command. Air Marshal was awarded Shaurya Chakra for gallantry in 1986 and AtiVishishtSeva Medal for distinguished service in 1987.