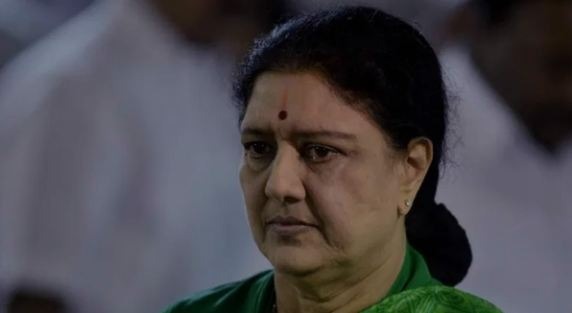 Ahead of Tamil Nadu Election 2021, Sasikala bids goodbye to politics

Chennai: In a major twist in Tamil Nadu politics, Expelled AIADMK leader V K Sasikala has announced her retirement from politics. On Wednesday night she said: “step aside from politics and public life”.

This clearly comes as an ‘Advantage for AIADMK’ and a setback to her nephew and Amma Makkal Munnetra Kazhagam (AMMK) leader TTV Dhinakaran.

In a press release, Sasikala – often referred to as the closest aide of the late former Chief Minister J Jayalalithaa – did not refer to herself as AIADMK General Secretary, contrary to TTV Dhinkaran’s claims. He has, in fact, said they (Sasikala and he) intend to contest her ousting legally.

Sasikala has now clearly taken the moral high ground – not just by saying she will “stay away from politics” but by also “praying” for the AIADMK to retain power in the April 6 election.

Her return had made the political equation in the state very interesting ahead of the April 6 elections. It’s yet not clear what caused her to announce the retirement from politics all of the sudden.

PragativadiNews 3 6 mins ago
Mobile and Phones