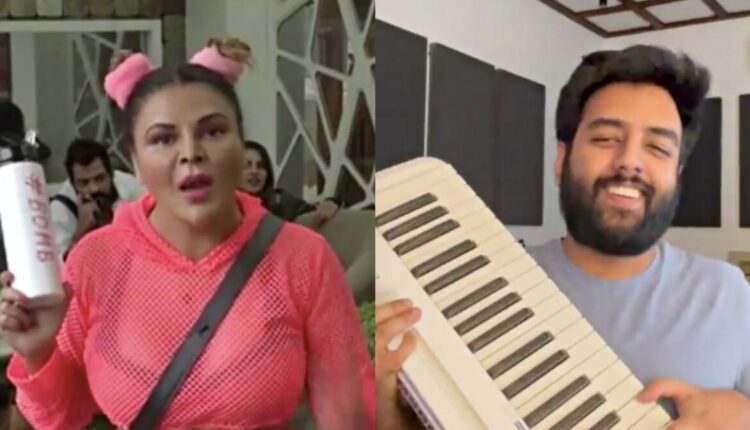 Mumbai: After turning Shehnaaz Gill’s dialogue Saada Kutta Tommy into a hit rap song, Yashraj Mukhate is back with a new number.

Yashraj Mukhate, who rose to fame with his mashups on the quirkiest lines by viral personalities, has now turned Rakhi Sawant’s curses into a rap song.

the musician also shared the music video on his Instagram story. He wrote: “Rakhi Sawant pe aur ek video banana hi tha after ‘Charsulli Gardulli’… I just love the rhythm in which she (Rakhi) talksss..”

Rakhi is currently finding it difficult to make friends with her fellow contestants. She had entered the show as one of the six challengers, including Arshi. She is mostly making headlines for her marriage as her husband Ritesh refuses to put in an appearance. She has, however, consistently claimed that her marriage is not a publicity stunt and has requested him to come on the show to prove her claim.