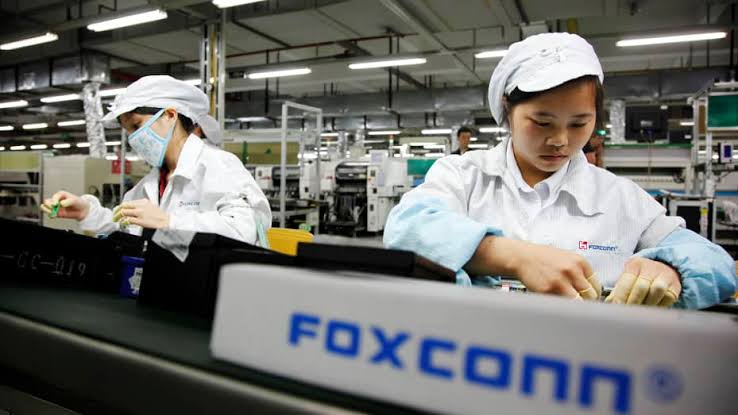 Beijing: The world’s largest iPhone factory has been rocked by violent workers’ revolt over payment of dues, after which Taiwanese tech giant Foxconn last week issued an apology for a “technical error” in its payment systems. Now, the Apple iPhone maker is offering an $1,800 bonus to its existing employees at the Zhengzhou facility in China.

iPhone city workers in Zhengzhou started protesting against the management over pay-related issues and Covid restrictions. As Covid-19 cases began to surge in China again, it imposed a harsh lockdown in the city, forcing Foxconn workers to remain at the plant. This worried employees who didn’t had Covid and feared catching it from the infected. In addition, food supply was also low at the plant.

Workers state that they were angry over Foxconn going back against the contract, accusing their employer of changing the contract on their own and holding the dues.

In order to quell the angry protestors, Foxconn has now offered to pay bonuses of as much as $1,800 as it hopes to maintain the staff levels at the unit in China in order to run the world’s largest iPhone factory and meet its production targets. Hon Hai Precision Industry Co., as Foxconn is also known as, will raise workers’ remuneration by as much as 13,000 yuan per month in December and January.

The hike will be for full-time workers who had joined the plant at the start of November or earlier, the company said in a notice over the weekend, reported Bloomberg. The tech giant had last week too offered similar bonuses for workers opting to leave its campus. A Bloomberg report said that Foxconn has started offering 10,000 yuan ($1,400) to workers who choose to leave.

Foxconn’s Zhengzhou plant, which normally houses more than 200,000 employees, assembles a major share of iPhone Pro models. Over 20,000 new hires have reportedly quit after the protests.